One of the first things your readers will notice is the headline of your article. A headline is like a virtual handshake. It provides readers with a glimpse of what your article is all about. If your headline is cold or lacklustre, you could make a poor first impression. As a headline can be a great tool for attracting people’s attention, make sure that it is interesting and stands-out. If you can't get them written by yourself, you can always hire a professional content writing services company to help you out. 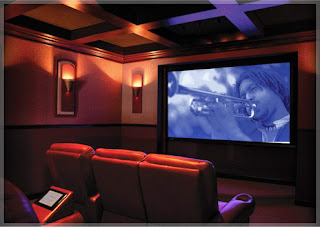 Online content writers use different headline styles for marketing a product, service or even an idea. In this article, we'll look at eight kinds of headlines for marketing a home theatre system.
StarEdits.com offers high quality web copywriting services and corporate communications services. If you require well-written marketing copy and articles, just email us at info@staredits.com or fill in our Contact Us form today.

Write As You Write, Not As You Speak

Many people often unnecessarily include self-referential expressions like ‘as you will’ and ‘so to speak’ in their writing. This is known as word patronage. This article advises you on how to inspect your writing for anything that smacks of spoken English, and modify it to sound more professional.

If you compare a prepared script for a speech, with a transcript of the speech that was actually given, you will be able to clearly see the difference between written and spoken English. In some cases, the difference between the written speech and what was spoken can be immense, as speakers often ad-lib while speaking, giving their listeners spontaneous examples and quotations.

Spontaneous speech is usually riddled with qualifications and equivocations. While transcribing a speech recording into an essay, it may be easy to get rid of utterances like ‘er, um, uh, well or you know’. However, it is important for writers to also purge their writing of other unnecessary utterances, words or phrases; which while adding immensely to the word count, may not provide much to an argument or description.

Here is a list of some common hedging phrases, which transcribers and copy writers should consider omitting from prose:
While such sentence fillers are understandable in spoken English, whether rehearsed or impromptu, they are actually quite meaningless words usually uttered when the speaker was trying to collect his or her thoughts, or thinking of what to say next. Such phrases usually clutter a speech, and often confuse or discourage the listener. As readers expect speech transcripts to be direct and dynamic, content writers should avoid using such self-gratifying phrases in the written form.


StarEdits.com offers high quality web copywriting services and corporate communications services. If you require well-written marketing copy, speeches and articles, just email us at info@staredits.com or fill in our Contact Us form now.