For every version of English, there are sure to be a few ‘experts’ who will vow that their version is the ‘proper’ version of English. While a few British editors have a lot to say about the inability of Americans to spell simple words like colour and tyre; their counterparts across the Atlantic have often stated that the British can’t always tell the difference between words like ‘advice’ and ‘advise’. 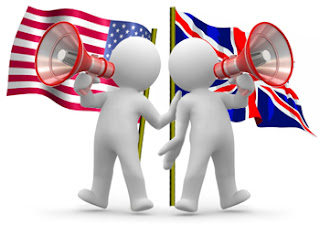 Well, before we list the differences in spellings between British English and American English, let’s get one thing straight: writers from both countries struggle with bad spelling and grammar, which is why online professional copy editors still have work! Hence, if you wish to strengthen your writing skills, it is important to do a lot of reading, research and practice; whenever you find the time.

Here are a few more examples of British vs American English spellings to watch out for:
Please note, the spelling guidelines mentioned above are not comprehensive, and there are many exceptions to the rule. If you are not sure about the spelling of a word in your English dialect, always consult a dictionary or an online Internet resource, to make sure that you are spelling the word correctly.

Do you write in British English, American English, or both? Share your writing experiences with us, by posting a comment below.

StarEdits.com offers online copywriting packages and business communication services, at affordable rates. If you require high quality articles and marketing copy, just email us at info@staredits.com or fill in our Contact Us form today.

Posted by StarEdits at 00:18 No comments: